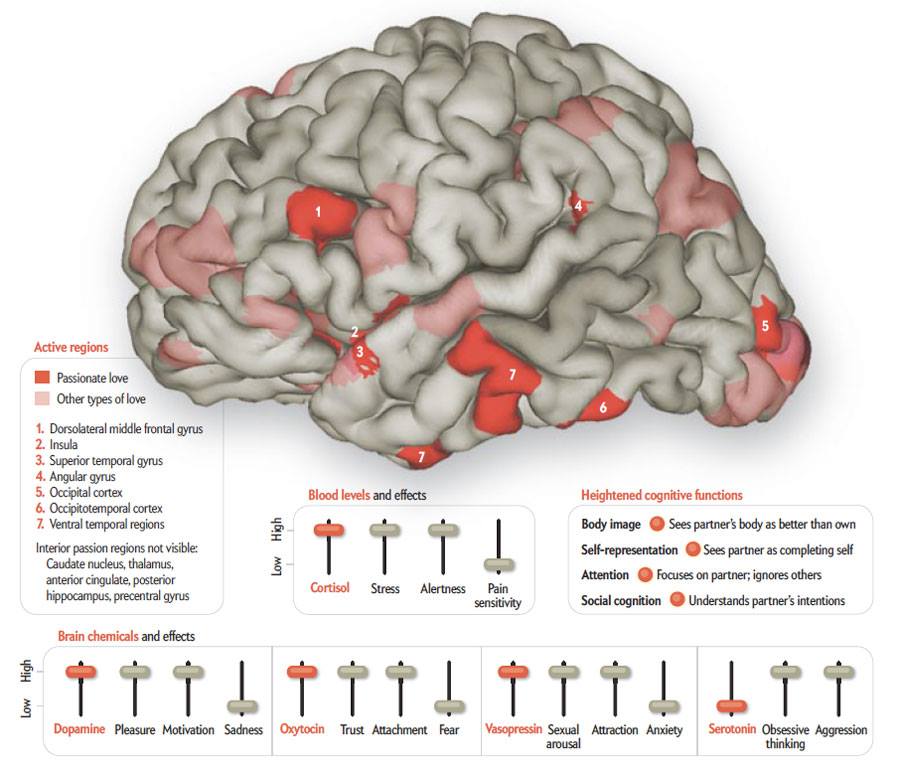 Your #brain is in #love but you’re unsure why? What better way than to prepare for St-#Valentines day with a little extra knowledge on how love works?

Men and women can now thank a dozen brain regions for their romantic fervour. Researchers have revealed the fonts of desire by comparing functional MRI studies of people who indicated they were experiencing passionate love, maternal love or unconditional love. Together, the regions release neuro­transmitters and other chemicals in the brain and blood that prompt greater euphoric sensations such as attraction and pleasure. Conversely, psychiatrists might someday help individuals who become dan­gerously depressed after a heartbreak by adjusting those chemicals.

Passion also heightens several cognitive functions, as the brain regions and chemicals surge. “It’s all about how that network interacts,” says Stephanie Ortigue, an assistant professor of psychology at Syracuse University, who led the study. The cognitive functions, in turn, “are triggers that fully activate the love network.” Tell that to your sweetheart on Valentine’s Day.