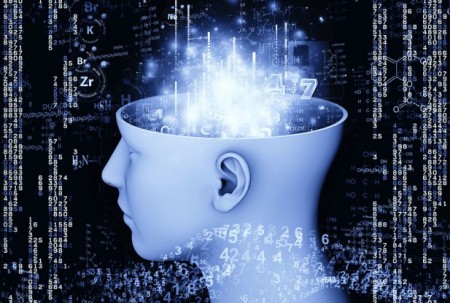 The advent of ‪#‎neurofeedback‬ is a current hot-topic battlefield, in which some experts assert that the ‪#‎intervention‬ does not lend any significant gains from a ‪#‎scientific‬ perspective. Because empirical and conclusive data is not yet available, researchers remain skeptical with regards to neurofeedback’s ‪#‎efficacy‬ and insist that evidence needs to be clear-cut, as many study protocols are currently plagued by ‪#‎placebo‬ effect such as accompaniment by a professional, ‪#‎coaching‬, the effect of ‪#‎novelty‬, unknown variables occurring outside of the laboratory (mood, sleep, food intake like caffeine, etc.).

However, others will mention that such a ‪#‎procedure‬ has been shown to lead toward ‪#‎white‬ ‪#‎matter‬ ‪#‎cortical‬ modifications (also called brain‪#‎plasticity‬), more so when ‪#‎brain‬ ‪#‎activity‬ within given disease states are specifically targeted by the intervention. A recent study lead by Jimmy Ghaziri, M.Sc., has shown that neurofeedback performed on normal and healthy individuals appears to result in changes in brain structure. “To me, this is a big result, and I hope that doctors skeptical of neurofeedback look at this and rethink their perspective,” he says.

In fact, it has long ago been shown that practicing a given activity, in other words repeatedly exciting certain ‪#‎neural‬ ‪#‎pathways‬, leads to durable changes of these same brain pathways by making them more “efficient” to use (see brain plasticity). Kind of like the brain of a professional juggler differs from the everyday man or woman: the professional’s specific muscles and brain regions associated with these muscles are more developed than our own.

The objective of neurofeedback is just that: by placing ‪#‎electrodes‬ over specific brain ‪#‎regions‬, an individual is allowed to “see” his own ‪#‎brainwave‬activity projected onto a screen, so as to feel how his ‪#‎thoughts‬ can change them, to understand which modes of ‪#‎thinking‬ can positively or negatively affect brain ‪#‎activation‬ and try to harness or guide these brainwaves toward‪#‎optimal‬ levels through trial, error, practice and ‪#‎feedback‬. In other words, an individual learns to associate specific states of being and thinking with what is perceived as ideal brainwave activity he himself can perceive on the screen. “Imagine this as something like a feedback loop,” practitioner Siegfried Othmer, Ph.D., told The Verge. “The brain responds to positive‪#‎reinforcement‬ and is motivated to behave more optimally. Over time, this leads to enduring changes.”

The logic is sound, in theory, but the real challenge remains to verify whether or not practice (truly) makes perfect: are changes in brain structure and activity durable enough to warrant investing in such interventions? And are they truly and inherently due to the neurofeedback intervention or more so to other placebo events?

Then again, is the placebo effect truly a bad thing?