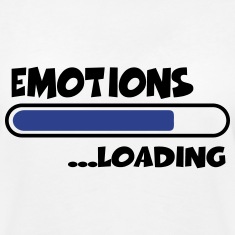 Have you ever wondered why you tend to quickly forget about humiliating circumstances, or how fast we can move on from boredom, yet why gratitude or feelings of jealousy linger much longer?

In order to understand this, one must be able to distinguish a mood from an emotion. While moods are generally described as non-specific states of being inhabiting us over longer stretches of time, emotions are considered as shorter-lived, more punctual and variable feelings that dwell within us in reaction to specific events: something that someone just said, something that you witnessed or were involved in, some resurfacing recollection or memories that you had.

They are not mutually exclusive however. In fact, a mood will generally take the form of a general layer, upon which emotions are sprinkled . For instance, it is  possible to have fleeting feelings of happiness and joy during an overall bad day at work. The opposite is also true, where feelings of guilt or anger can be lived during sunny and happy birthdays.

This being said, emotions are not as short-lived as one would think, and while some emotions do disappear rapidly, others can last surprisingly longer. A recent study lead by  Verduyin et al. (2015) has examined which emotions last longer than others. To do so, the reserchers isolated a list of 27 different emotions and asked 233 students to 1) remember the latest moment they had felt each of these, 2) describe what happened and how long it lasted. The result? Joy in 3rd place, Hatred in 2nd and… Sadness as the longest lasting emotion of all.

Follow this link to read a more thorough article on which emotions last longer.

Alternatively, you can consult Verduyin et al. (2015)‘s 2015 article in order to better understand the procedures, the implications and the overall perceptions on which emotions last longer.